In October 2018 the majority shareholder Hitachi Rail Italy Investments S.r.l. reached an agreement with the American fund Elliott for the purchase of the entire shareholding held by the fund, equal to approximately 31.8% of the share capital of Ansaldo STS. On the same date, Hitachi Rail Italy Investments S.r.l. (hereinafter “HRII”) communicated its decision to promote a voluntary take-over bid covering the totality of the Ansaldo STS’ ordinary shares.

Subsequently, in November 2018, HRII acknowledged that, consequently to the purchases made on the market, it held shareholdings exceeding 90% of the company’s share capital and that therefore it would have complied with the obligation to purchase, from those shareholders making a request, all the remaining outstanding ordinary shares of Ansaldo STS, pursuant to applicable legislation.

Thus, in January 2019, HRII communicated that by virtue of further purchases made on the market, as well as thanks to the requests to sell submitted by some shareholders, it held a shareholding of more than 95% of Ansaldo STS’ share capital; HRII announced that it would have proceeded with the purchase of all the remaining outstanding ordinary shares of Ansaldo STS, as provided by applicable legislation. Subsequently, at the end of January 2019, HRII held the entire share capital of Ansaldo STS and the shares were therefore delisted from the MTA market (so-called delisting).

On 31st January 2019 the Extraordinary Shareholders’ meeting of the Company resolved to change the company name that, starting from 1st April 2019, is Hitachi Rail STS S.p.A. The rebranding process involved not only the parent company but also all the subsidiaries.

Hitachi Rail STS operates in both the Railway and Urban Transport Systems markets as: 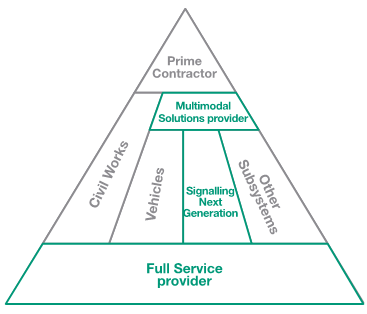 Hitachi Rail STS evolves its business model based on its vision of the future, as well as benefiting from being part of the Hitachi group, enabling it to pursue its growth objectives. At the start of 2018 the Company embarked on a journey of transformation, focusing on new technologies and acquiring skills, enabling it to develop additional specific expertise and adapt its business model to the evolving trends in the transport and mobility sector.

By evolving its business model Hitachi Rail STS aims to ensure continuous growth, operating in the context of an increasingly competitive future scenario and pursuing sustainable growth and profitability that require the development of collaborations and partnerships.

Hitachi Rail STS operates daily with the aim of improving quality of life by designing new transport systems which, every day, safely carry millions of people and materials without polluting, by developing increasingly compact and energy-efficiency hardware, by researching new green technologies and, above all, by optimizing consumption and avoiding waste.

Today the Hitachi Rail STS team within the Hitachi group can further develop its innovative approach, also by tapping the group’s references in the Big Data and Internet of Things field. It is now possible to come up with solutions that improve performance and services offered by combining different technologies. 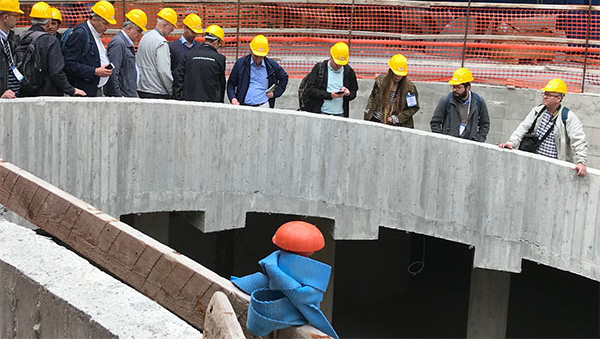 RESEARCH AND DEVELOPMENT FOR CUTTING EDGE PRODUCTS AND SOLUTIONS

Over the years, its development of products and solutions (Development and Engineering) has enabled Hitachi Rail STS to seize a leading position in the Signalling Systems and Railway and Mass Transit Sectors.
The majority of investments regarded the on-board systems product line aimed at facilitating alignment to the ERTMS standards and improving the performance of CBTC applications; furthermore, the new platform for automation products was launched, aimed at promoting the digital development of technology.

Hitachi Rail STS implements RAMS (Reliability, Availability, Maintainability and Safety) activities to ensure that it develops and delivers products, applications and systems that are safe, in compliance with Italian and international laws applicable to railway systems, reliable and in line with its customers’ needs and its internal quality standards. These activities are performed on all Hitachi Rail STS projects in which safety and reliability are relevant, which constitute over 90% of total business activities. 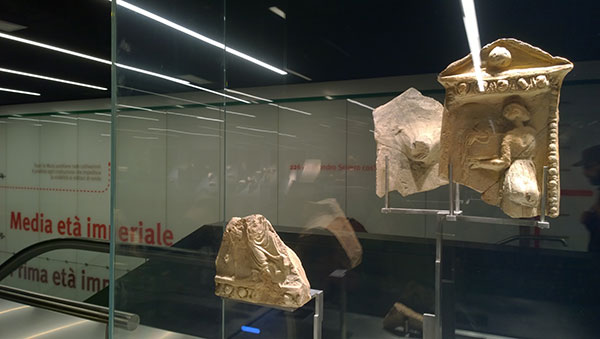 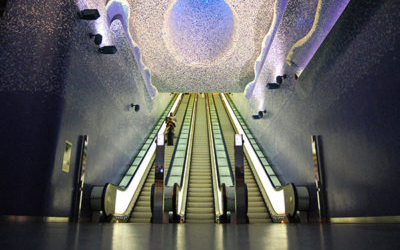 PRODUCTS AND SOLUTIONS THAT RESPECT THE ENVIRONMENT

Hitachi Rail STS’s unwavering commitment to providing its customers and end users (passengers and freight) with the best products and system solutions, the use of the best design methodologies and procedures and the best existing construction methods and processes contributes to increasing safety and reducing direct and indirect impacts on the environment.